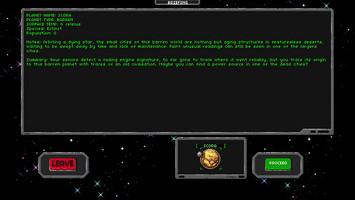 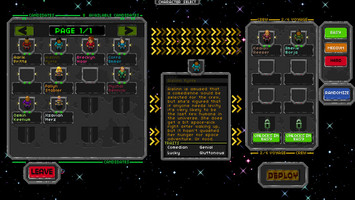 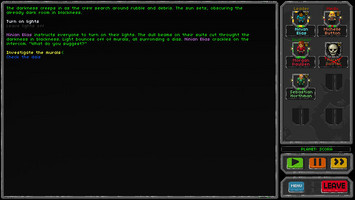 I am happy to bring The Away Team to Itch.io. I have to say I am a bit shy to this whole open development thing which is strange as I've loved the open source community and as a server admin I swear by POSIX-complient operating systems. As a game developer though I see a lot of communities rise against developers. So it's hard to say, make posts and get out there in front of people. I've also seen the gains of a strong community backing a developer. A developer who knows what their community wants and how to deliver it. The entire thing comes down to expections meeting reality. Reality is that if I say a patch will be out Thursday and it's not. That's not okay. I won't say that. Typically I won't even put dates because I know how dates move. I'd like to keep things up front with the community and be sure I set expectations on updates to this projects but more specifically future projects.

The Away Team will continue to get updates but as of right now I also consider it a finished product. We were never in Early Access nor had any kickstarter or crowdfunding. Our journey was fairly direct on to steam via our publisher and friend studio Crackshell AB. (Creators of Hammerwatch.) When we released last year it was a solid release and got great reviews. Over the course of 2017 our review raiting has drop and we have released constant patches addressing theses issues. I am very proud of The Away Team and think the story and writing of Michael Fiegel needs to be enjoyed by a large and wide audience. For these reasons I feel that bringing it to Itch.io will spread how awesome space exploration can be even if your entire spieces is doomed and your actually an AI that doesn't really understand humanity so you end up destroying the remaining humanity in the humans you were meant to save.